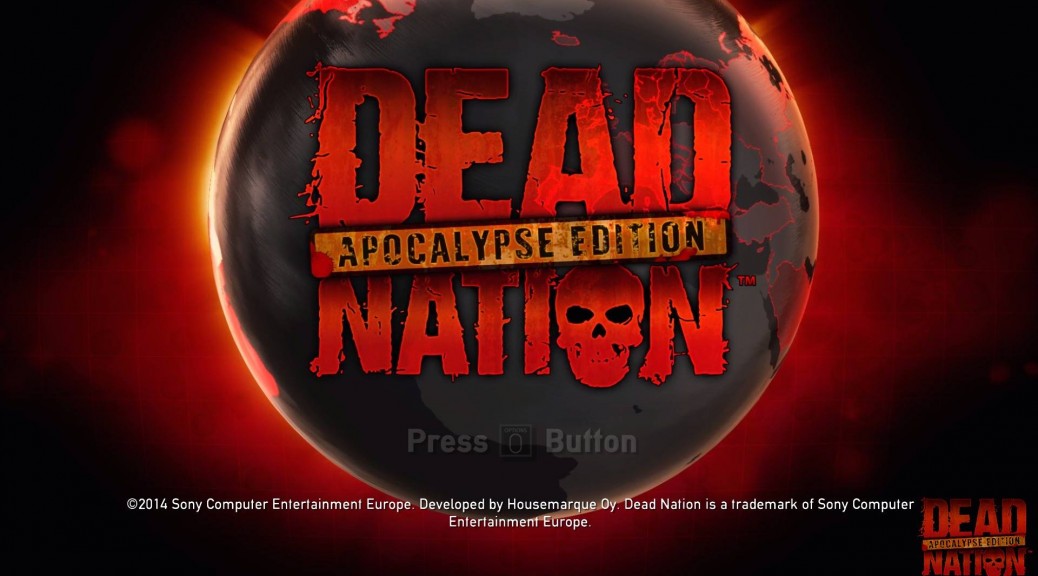 In Dead Nation, you are a lone survivor who is immune to the effects of a global zombie pandemic. Your mission is to simply make it out alive and maybe find a cure along the way.

Gameplay consists of simply shooting or looting anything you see. There are no complicated controls, just point and shoot. Instead of complicated weapon crafting or rpg style skill leveling, Dead Nation opted to play more like an arcade shooter. Weapons can be purchased or upgraded with the money you loot along the way giving you more firepower, faster reload or more ammo capacity. What I really enjoyed is the primary weapon has unlimited ammunition so there is no chance of being stuck in a hoard of zombies unarmed.

The arcade style game play can be fun if you just want a quick zombie fix, but if your looking for something more substantial or if you are a completionist, be prepared to run through levels multiple times as some of the loot chests can be difficult to spot, and once you reach a checkpoint you cannot return to the previous area without restarting the game. There is also a limited amount of loot which makes it impossible to fully upgrade and purchase every weapon in the game so if you decide to purchase the tazer cannon and realize it is garbage you are now down a few thousand dollars that could have been used to upgrade your SMG.

“be prepared to run through levels multiple times”

Dead Nation is a fun distraction but lacks the substance necessary to make this more than just an arcade shooter. After playing through the campaign there really isn’t much reason to go back and play it again unless you are into the tedium of getting a 100% in every level. I did not get a chance to play co-op so I can’t really comment there, but it seems like the perfect game to kill a few hours.