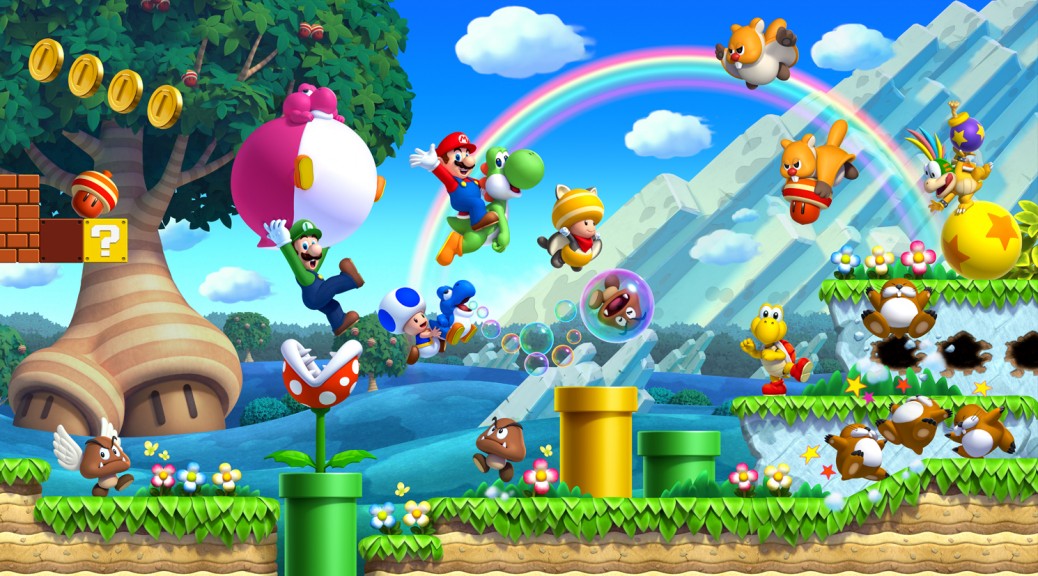 I enjoy playing this game with friends. As mentioned in other reviews, I enjoy cooperative gaming and the New Super Mario Bros U does not let down. Using the Wii U Gamepad as a secondary player allows you to interact with the environment. I found myself stunning enemies and dropping power blocks to help my Mario pals.

The graphics in the New Super Mario Bros U are a beautiful blend of the Mario style we are used to and high resolution rendering that we’ve grown accustomed to in other consoles.

I don’t have much to complain about, the New Super Mario Bros U is a pretty solid game. The only thing that felt odd was the decision to move the bonus videos into the main menu, interrupting the gameplay flow. Yes, I like the bonus videos!

Don’t forget to check out the New Super Luigi U, included in the Mario Wii U bundle.

Who can say no to Mario Bros? Not me!