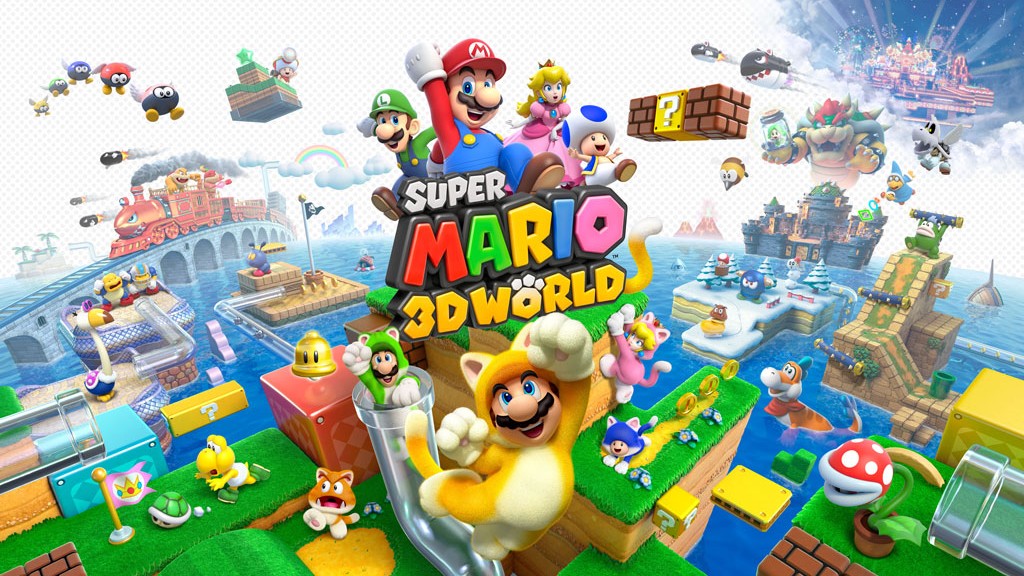 What can I say?! I can’t get enough of Mario. As I expected, New Super Mario 3D World delivers Mario Bros awesomeness. Stunning graphics, retro music, incredible power-ups, coop with a hint of competition (more on that later)- what more can I ask for?

First, lets talk about plumbing. The New Super Mario 3D World makes use of new clear pipes. Not only is this cool visually but you now have control over where the pipes take you. Make sure to use these pipes creatively to win 1-Ups and Stars. 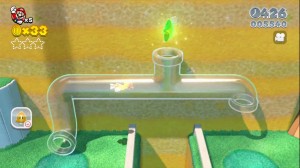 Next up- level maps. No longer are the days of following a path to the next level. Now you can roam around, gather coins and access some levels out of order. A simple twist that keeps you immersed in the adventure.

Puzzles… Puzzles are nothing new to the Mario franchise but this game adds a few unique variations. Some green level stars can only be retrieved by playing specific characters. While a handful of single player only levels require you to tilt and twist your Wii U GamePad to solve the level. Other levels are time-based, arena style fights of green star grabbing goodness! 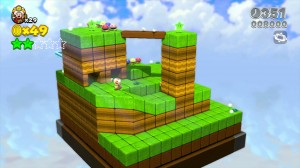 It is hard to complain about the New Super Mario 3D World. However, I find a couple of elements frustrating. When playing coop, it is easy to force players offscreen. Normally this isn’t a problem as they will float back on screen in a bubble. But on occasion a player may get forced into an enemy or a hole- bummer!

Another aspect was the top score crown. When playing coop the player that completes the level with the highest score wins the right to wear a crown. Awesome! Who doesn’t like to rock a crown? However, its not readily apparent what the crown does (spoiler: bonus points).

Like other recent Mario Bros games, the New Super Mario 3D World mixes in some friendly competition. When playing coop I often found myself trying to gather the most coins, stomp the most enemies, gather the most power-ups and land that flag jump every level. If another player was in my way, I’d pick them up and throw them. Yes, I know we are all working together but it just feels so good to see your score on top! 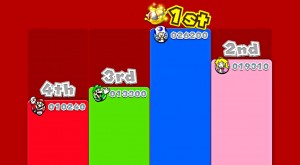 Be prepared to loose yourself for hours upon hours playing the New Super Mario 3D World for the Wii U! Also, don’t forget to grab the goomba power-up. 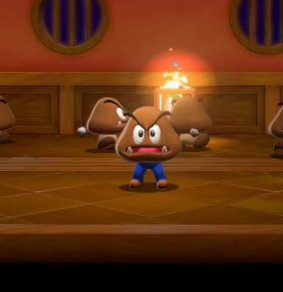