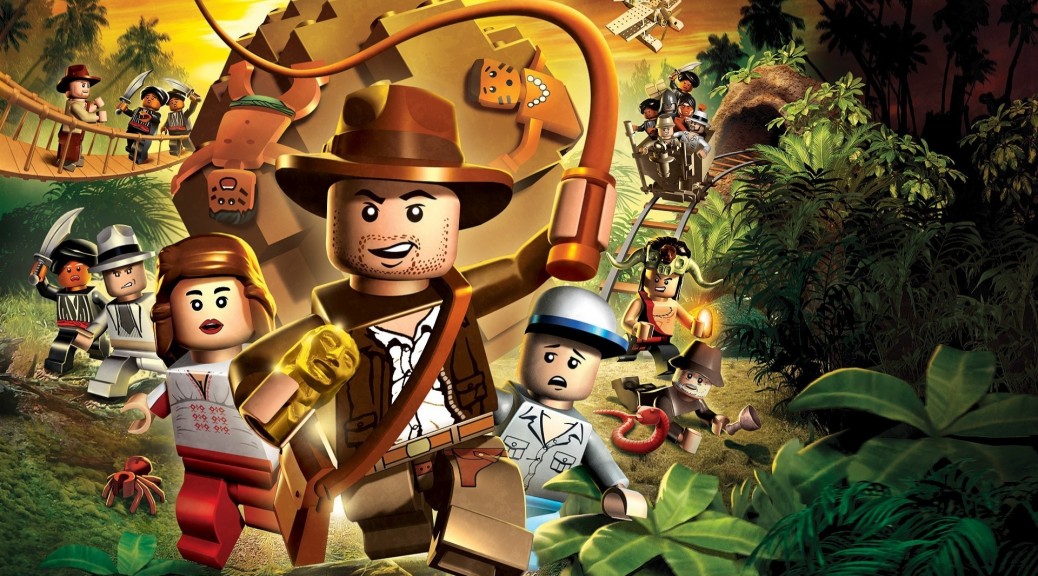 As I get older I’ve discovered that I prefer to play kids game more than the GTA and Call of Duty games I would waste hours on. Perhaps due to my deteriorating hand-eye coordination… I digress. Recently I’ve been playing the original Lego Indiana Jones.

Lego Indiana Jones on the Wii is a fun game that includes elements from the original Indian Jones movies while being your typical platformer and puzzle solver.

The game allows you to play as several different characters- Indiana Jones, Henry Jones Sr, Elsa, Jock, and Willie to name a few. Each of the characters have special abilities that are needed to solve each level.

Local cooperative play is supported, allowing you and a friend to play through the main story line. The game was actually designed for this. Many of the puzzles can only be solved using two characters.

At times Lego Indiana Jones feel repetitive. Waves of the same bad guys distract you from solving puzzles. Attacking is nothing more then button mashing. And the dialog is lacking.

Oddly enough I found jumping to be the most frustrating aspect of this game. As a platformer you are required to get from point A to point B via jumping. However, the camera makes this extremely difficult. The slightest adjustment to the camera and your character is heading in the wrong direction. A simple solution would have been to lock the camera in place, for those areas that require finer movement control.

Lego Indiana Jones is a kid friendly, cooperative game that everyone in the household can enjoy. At its core it is a simple platformer that does have a few quirks and glitches. But don’t let that stop you. It is very much worth playing considering that the game can be purchased for less than 10 bucks! Sure its a bit old but it is still fun, nonetheless.