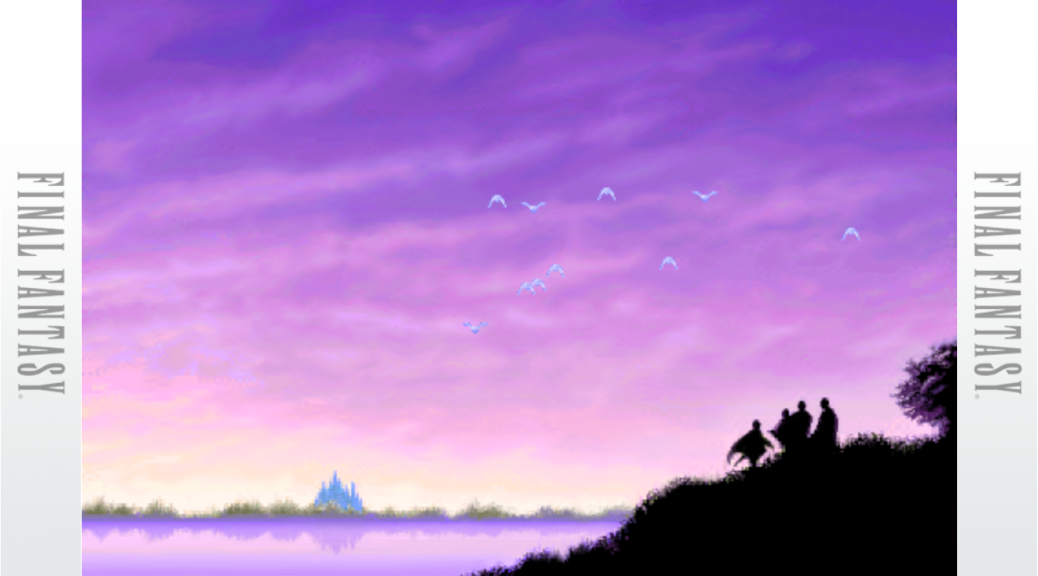 This is the best game ever. Well… the original Final Fantasy for the NES is tied with the original Legend of Zelda for the best games ever. Honestly, I’m biased since I wasted a good chunk of my childhood on both of those games. So feel free to disagree with the perfect rating I gave it, but, if you do, you should also get used to the feeling of being wrong.

Now that the bias disclosure is out of the way, and you have decided I’m right (otherwise why would you keep reading?), let’s chat a little about why I decided to review Final Fantasy.

As previously mentioned, my friend Jason and I spent a good portion of our summer vacation playing through this gem of a game. At the time it was the most innovative RPG on the market. Unfortunately, in that day and age, this involved HOURS of level grinding. That also involved a good deal of passing a controller back and forth whilst making up stories about what the brave little party of Light Warriors was doing during all this time in the woods. As the ogre bodies piled up, our imaginations filled in the gaps of what was going on in the game world outside of the occasional bits of dialog. In short, we were role playing the characters in a role playing game. It was glorious.

Much later in life, I played Dungeons and Dragons for the first time and I had the sneaking suspicion that my beloved Final Fantasy was just a case of the blokes at SquareSoft running out of ideas, taking their ongoing D&D adventure, and making a game of it. So I did the thing any conscientious RPG fan would do. I started a D&D campaign based on Final Fantasy. Why not take it full circle?

I’ve run this campaign several times, and, about a year ago, started it again when D&D Next was released. Unfortunately, it’s been a very long time since I’ve played through the source material and my memory was spotty. Imagine my joy at finding it in the App Store and playable on my iPhone. I own a remake version for the PS2 but this was way more convenient. After playing through the the first major “milestone” of the game (obtaining the mystic key) in under 4 hours, I felt like people needed to know about the IOS version.

No more level grinding! Seriously, this is the best feature in this game. Outside of that, I’m going to try to avoid a comparison of every feature and just hit the highlights.

The menu system is also extremely intuitive for the iPhone, and the game allows you to save any time as well as offering a persistent quick save so you don’t lose anything if a call comes in or you need to quit the game quickly.

Really the only bad thing I have to say about this version is the directional control is a bit difficult to get the hang of. It shows up wherever you happen to touch with your left thumb and doesn’t always seem to respond to the direction you are trying to go. This can be frustrating when trying to take a specific route as it results in more random encounters being triggered than really necessary.

They kept the 15 mini game from the ship! Back in the day you had to hold A and push B 55 times to trigger it. It didn’t give you anything special, but it was a fun little easter egg. Now if you beat it in a specific amount of time, you get various items. My best time is 42 seconds, and I doubt I’ll beat the 30 second goal… Anyway, if you want to activate it on the IPhone version, board the ship, then lightly touch the left side of the screen with two fingers (if the directional pad shows up you did it wrong) and touch anywhere on the right side of the screen 22 times. 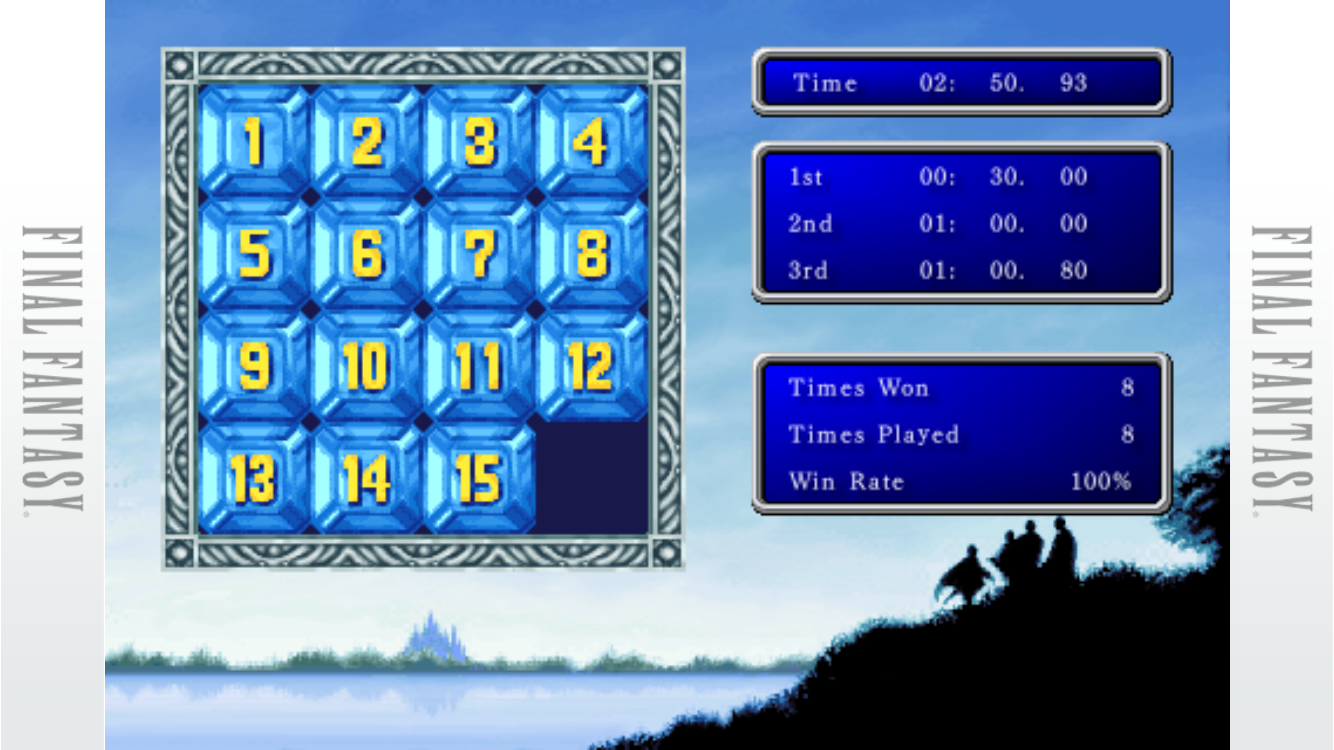 Another fun little easter egg requires a bit of history. Final Fantasy earned it’s name because it was the last gasp, final, effort for Squaresoft to produce a money making title or fade into obscurity. This was before they merged with Enix, the makers of the Dragon Warrior games. Up until this point, Dragon Warrior (or Dragon Quest) was considered the penultimate in RPG’s. Squaresofts Final Fantasy rewrote the book on this style of game and went on to ultimately merge with Enix to become the SquareEnix you know today. But… in that game they had a fun little ode to the Dragon Warrior franchise. On a grave in Elfheim, in the original game, it said:

The remake of the game says:

Everything is right with this game. Buy it and restore balance to the world!

Unless you happen to be in my D&D campaign… then don’t buy it until you’ve restored balance to the world.