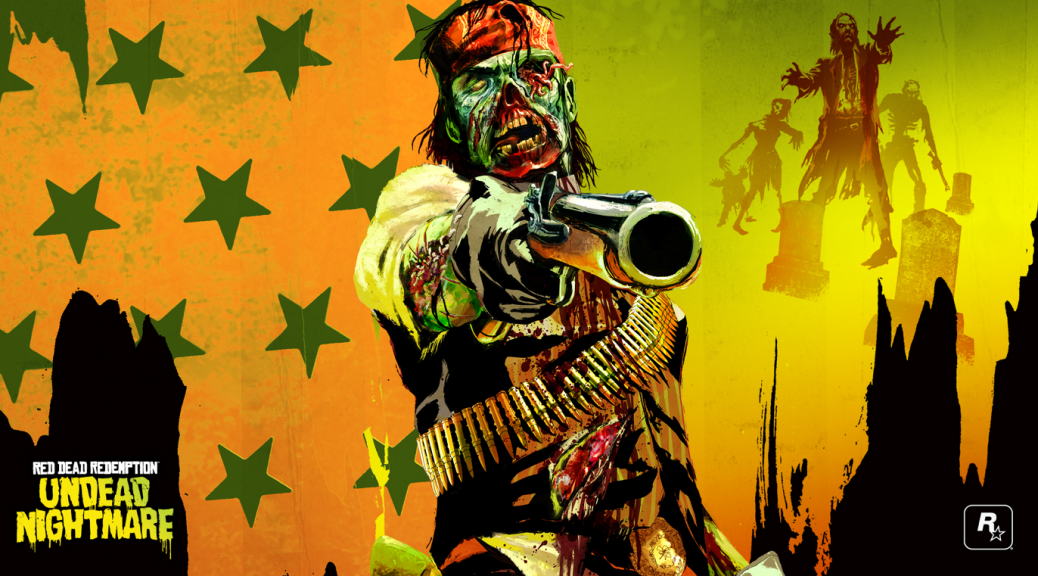 If you’re a fan of Red Dead Redemption, you won’t be able to pass this by. The style and setting of the game is the same as the original with the various missions and ways to earn what you need (in this case ammo), but there are new weapons, and of course, zombies. There was obvious strong attention to detail while playing this game. It is unapologetically campy, which is wonderful, and the gore is what every zombie lover could hope for.

I’ve seen zombies in many settings, but never in an old western. Being hunted by zombie cowboys, their families, and even bears will excite even the most critical die-hard zombie fan. Anyone who enjoys zombie plague, gore, or Rockstar Games will love this new twist on the previous game. It is a standalone, so you do not need the previous disc to play.

The game does come with its own set of bad language and sexual references, so you might want to use viewer discretion when it comes to younger fans.

You might be spending an inordinate amount of time looking for the four horses of the apocalypse to increase your zombie death toll. These little hoofed demons of death can be used as a weapon against zombies!

In this game, you can choose to save the people, or shoot them for their ammo. It is all up to you and your twisted morals. Rockstar Games did it again!